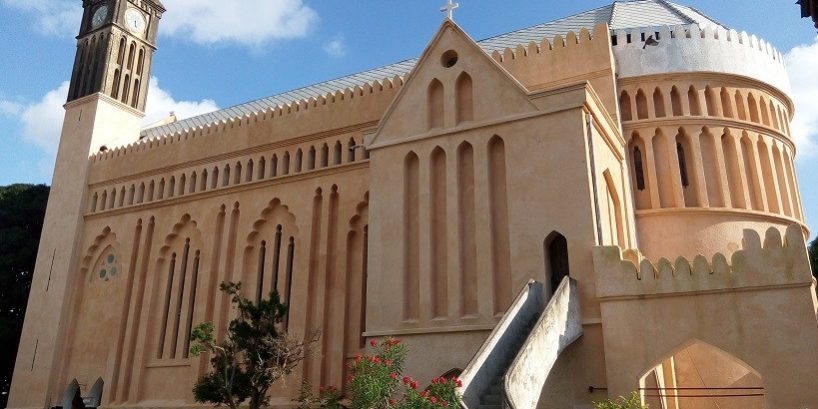 Top 5 Places of Worship in Zanzibar

While Zanzibar has a lot to do with history, religion has played a major role in moulding it. The island is home to several mosques, churches and temples, which were built centuries ago. Most of these ancient religious places have become iconic symbols of Zanzibar and exploring them is a great way to enjoy the island. You’ll also have an opportunity to discover their interesting and turbulent history. The places of worship in Zanzibar are often a striking representation of architecture that any city can offer. No wonder they are among the most visited attractions on the island. Here are some places of worship to visit in Zanzibar for an interesting tour during your holiday.

Located in Stone Town, the Christ Church is a historical landmark and a place worship, which belongs to the Anglican Church of Tanzania. The church serves as a symbol of liberation from the earlier tyranny. For centuries, Zanzibar Island was a popular site for slave market in East Africa. The cathedral was constructed at the slave trade site, as the Anglican Church played an important role in abolishing the slave trade in the region and across Africa. It was built of coral stone with a concrete roof design in an extraordinary barrel vault. The idea of the cathedral design was a mixture of Islamic and Perpendicular Gothic details.

Also known as Mnara Mosque, the Malindi Mosque is one of the most prominent in Zanzibar. Located in Stone Town, it is also the oldest mosque on the island dating back to the 15th Century. The mosque is a small and plain building with a cone-shape minaret sitting on a square platform. The minaret is an unusual architectural feature that does not start from the ground like most minarets. The door to the mosque is an old mausoleum, which is one of the rare relics in Stone Town. The mosque is not open for non-muslims but if you have an interest in visiting the mosque, your local guide may speak to the elders for an invitation.

Located in the Baghani area of Zanzibar town, St. Joseph’s Cathedral is one of the most spectacular historical buildings on the island. The cathedral was built based on the design of Marseille Cathedral, between 1893 and 1898 by the French missionaries. The main feature of the church is its twin spires, which can be spotted from the ocean or elevated places. Before the church was renovated, the interior was painted with scenes from the Old Testament. St. Joseph’s Cathedral is one of the most popular tourist attractions in Zanzibar, and it’s used regularly by the local Catholic community who holds several masses on Sundays and sometimes on weekdays.

Ijumaa Mosque is one of the largest mosques in Stone Town dating back to the 15th Century. It was totally renovated in the modern arabesque style in 1994. The mosque has a rich history and it features a graveyard where past clerics were buried.

Shakti temple is an old Hindu temple located on the narrow streets of Stone Town. The ornate temple had a large congregation in the olden days before a large number of Hindus left the island in 1964. The temple was closed during the revolution and was opened again in 1982 when the Hindus repossessed it. It fully became functional in 1985 and has been completely renovated. Even though there are few Hindus left on the island, the temple still preserves the Hindu heritage. You can visit and explore the temple during your holiday; it’s always open to tourists.