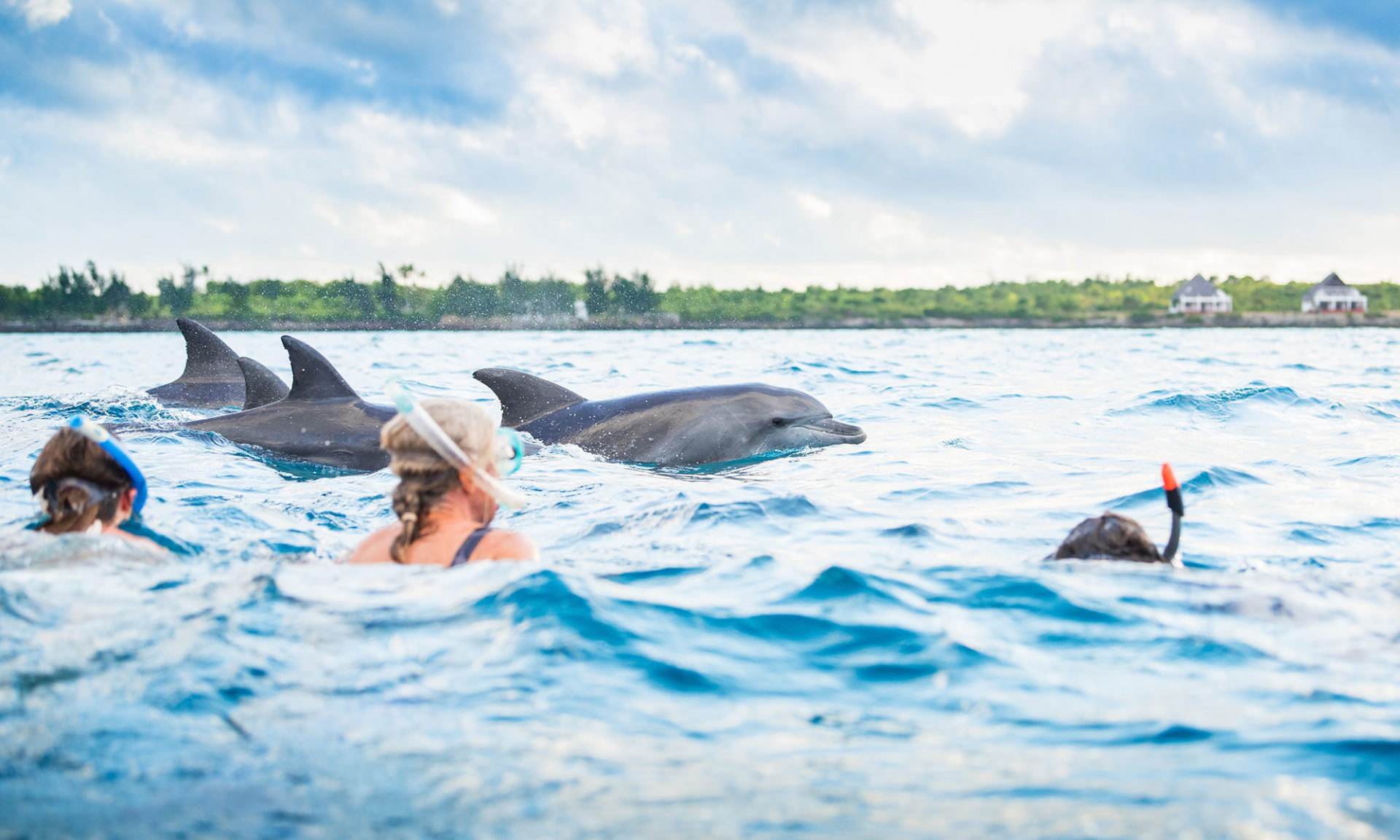 The name Zanzibar conjures up images of an island with white sandy beaches and many beach activities but not many people know that Zanzibar is an archipelago comprising of many islands and the main island which is officially known as Unguja is what people call as Zanzibar. The island is home to many resorts and hotels and many of them are on the coast so that you can enjoy panoramic views of the ocean.

The Indian Ocean along the Zanzibar shoreline is home to one of the least known populations of dolphins and humpback whales in the world. Travellers willing to explore these waters will encounter a surprisingly large population of dolphins and whales and get full value for their money as they meet these beautiful animals in their natural habitat.

The first-morning sightseeing trips start at the coastal enclave of Kizimkazi. The place is accessible by boat as you will find other travellers waiting to board for the trip. Trip organizers calmly reassure travellers that this is an ecologically conscious experience, which means that operators consider dolphins’ and whales’ welfare a hugely important undertaking and that care should be exercised when it comes to animal ethics. So a brief lecture about the dos and don’ts while at sea is mandatory before take-off.

You will then board several powerful boats heading to sea. Some visitors will already be clad in snorkelling and diving gear while others will be content to clutch cameras and sit back to film the animals.

When the first group of dolphins is sighted, the boats will approach them slowly and manoeuvre their boats alongside the path of the dolphins. The boat engines will now be at their lowest gear and least noise. The Dolphins will continue to swim in hordes unaware of any human or machine activity along their paths. At this stage, the boats will now spread out, encircle the pod of dolphins and enclose them. This is considered a safe opportunity for tourists and travellers to jump into the sea and swim alongside the dolphins.

Sometimes the tour guide will tell you to jump right in the middle of the dolphins but you cannot touch them. The boats will now be spinning their propellers underwater to crowd the pod of dolphins together and prevent them escaping to the vast ocean.

Unlike whales which are watched at a distance, dolphins are considered harmless to humans. And swimming alongside them is a delightful experience. Many tourists thoroughly enjoy it and wish it could last longer or pay a return visit. The dolphins themselves appear to enjoy swimming along humans as they toss and turn and jump and dive into the water while making noise in good spirits.

Booking for a dolphin and whale watching tour is not tricky as most hotels make it part of their tour package for the willing. But there are also many private tour operators in Stone Town who can arrange for a private excursion.