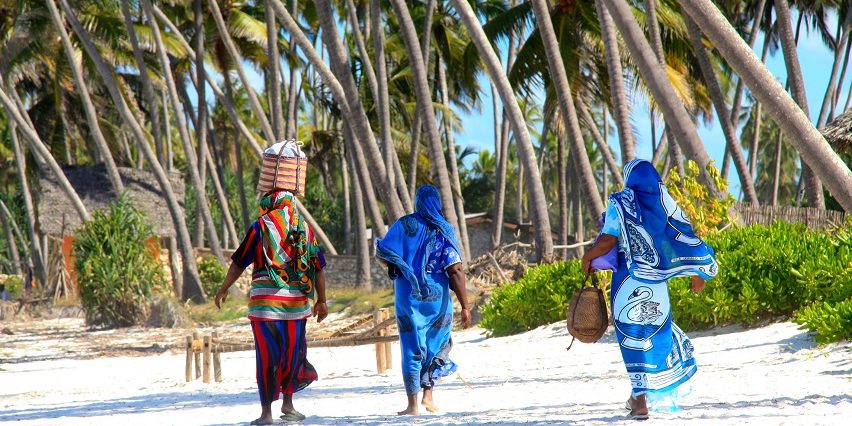 Guide to Swahili Culture in Zanzibar

Zanzibar is an amazing tropical destination for the intrepid adventurer. The architecture and history include whispers of Arabic, Portuguese and Swahili cultures. From the House of Wonders to the Palace Museum, there is always something to see and learn.

And we haven’t even talked about the capital of Zanzibar — Stone Town. It is a UNESCO world heritage site and its tight alleys and maze-like crisscrosses might leave even the most direction savvy traveler bewildered. Needless to say, you will need a guide to navigate these streets.

Stone Town has plenty of different markets that cater to the lifestyles of the locals. Some will sell freshly caught seafood while others sell household items as well as new and used clothes. There are also markets that specialize in jewelry and others will have plenty of trinkets and souvenirs for tourists to take home.

The buildings of Zanzibar are a tribute to the island’s rich culture and past. The Palace museum for example with its waterfront setting was the home of the Al-Busid Dynasty. Its last members fled in 1964 and now features items that display how the Zanzibari royal family spent their days.

Speaking of the magnificent architecture of Zanzibar, one that stands out above the rest is the befittingly named House of Wonders. Also known as Beit el Ajaib, this palace was built back in 1883.

The food and cooking is very much influenced by the Arabic history. There is a lot of spices that are included in the cuisine such as saffron, cinnamon, turmeric, ginger and black pepper. Indeed, the Zanzibar archipelago is also referred to as the spice islands.

The Swahili culture and language encompasses the use of wise sayings, poems, and proverbs also known as methali. The music, referred to as taarab has a lot of Indian and Arabic influence.

As for the clothing, the kanga garment is highly popular with the Swahili in Zanzibar as well as in Tanzania and Kenya. It features a rectangular design with bold patterns. Kangas can be used by women to express their mood. For example, a woman who is upset might wear a kanga written something different than if she is in a jolly state.

Henna, a dye derived from special plants is used in the adornment of the body and is another prevalent cultural practice in the Swahili culture throughout the coasts of Kenya, Tanzania and Zanzibar. Since the East African coast known as Zanj by Arabs was an important trade route from the Arab countries, India and from China, it is likely that henna came with the different cultures. Which one, in particular, is open to debate.